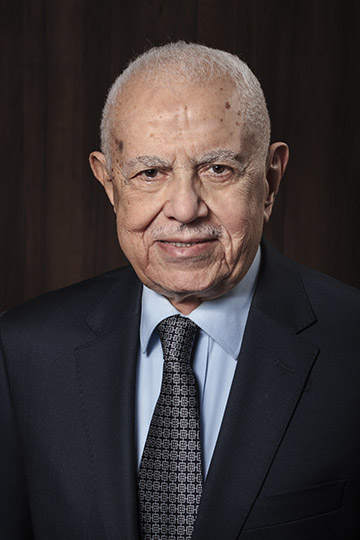 Mostafa Elahwal is the president and founder of IACC Holdings (formerly IACC Group) With more than 5 decades of regional...

Mostafa Elahwal is the president and founder of IACC Holdings (formerly IACC Group). With more than 5 decades of regional and international experience in the cargo industry, Elahwal provides the strategic direction and experience to drive IACC Holdings’ growth and development. Elahwal has successfully founded and managed several businesses along the cargo industry spectrum, including ACE (Air Cargo Egypt), IACC (International Associated Cargo Carrier) and Transmar Shipping Company, to name a few.

Elahwal has been charting IACC’s course as Chairman and CEO since 2006. In his role, he has overseen the organization’s growth...

Elahwal has been charting IACC’s course as Chairman and CEO since 2006. In his role, he has overseen the organization’s growth, spearheading the strategic separation of IACC’s departments into several successful subsidiaries; each catering to a specific niche market. Elahwal is responsible for ensuring the continued independence and growth of each company while managing their symbiotic relationship.
Before becoming Chairman and CEO, Mr. Elahwal held several management positions in the company since 1987. He has been a long-time member of several business associations that include the American Chamber of Commerce, the Egyptian British Chamber of Commerce, and the Egyptian Business Association. He holds a Bachelor of Engineering in Communication Engineering from Cairo University. 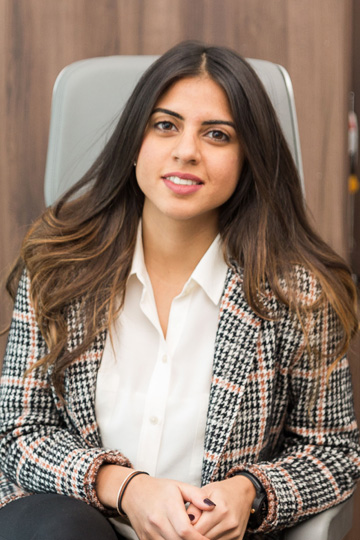 Nada currently holds a position as Chief Strategy Officer at IACC Holdings. Nada brings a wealth of knowledge and expertise in her role, overseeing…

Nada currently holds a position as Chief Strategy Officer at IACC Holdings. Nada brings a wealth of knowledge and expertise in her role, overseeing the growth and expansion of IACC Holdings and its four subsidiaries.

In 2011, Nada began her career at CID Consulting in Cairo, Egypt, where she managed the firm’s business development activities and led the local and regional expansion.

Following that, Nada took on a new role as Chief Experience Officer at Tabibi 24/7 in 2016. During her time there, she was responsible for scaling the organization and managing its integration with specialists, laboratories, and hospitals.

Following this success, Nada joined IACC Holdings in 2017 in the scope of Commercial Development Director, where she was responsible for governance, culture, people development, and business expansion.  She then moved on to her current role with the group.

Nada has a passion for providing mentorship alongside leading and developing teams. Previously, Nada has served in pro-bono capacities with organizations such as the IMF, the African Development Bank, Ashoka, and UNDP. She continues to manage a wide variety of workshops aimed at mentoring employees at IACC Holdings.

Nada holds a B.A. in Political Economy & International Law from the American University in Cairo and an MBA from IESE Business School in Barcelona, Spain. In her personal capacity, she is an avid individual seed investor and business coach to startups. 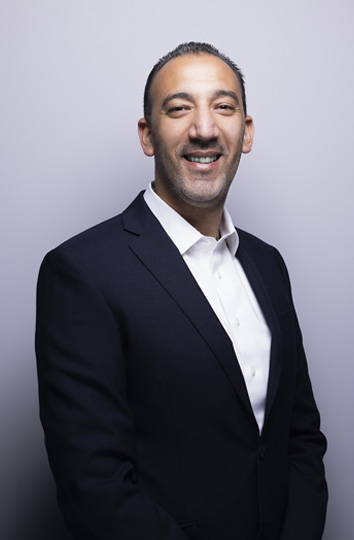 Mr. Mahgoub brings a wealth of knowledge and expertise with over 18 years of experience in the areas of operation, project management, strategic planning, and business development.

In 2002, Mr. Mahgoub’s career began with Exxon Mobil as a fleet operations and maintenance supervisor managing a fleet of trucks and tankers.

He then moved to CEMEX in 2004 as a Logistics Manager responsible for the multi modal transportation of more than 6 million tons of exported cargo.

Following that, Mr. Mahgoub was assigned as The Operations and Technical Director at Nile Cargo in 2007, leading the company’s operational growth.

Following this success, in 2011, Mr. Mahgoub joined Wadi Foods, a family business which owns and operates 14 subsidiaries with total $300 million turnover, in the scope of Strategic Business Development lead, and grew into numerous roles; Chief Strategy Officer, Chief Corporate Development Director, and finally Vice President Operations where he led the exponential growth of the company to the market leader it is today.

A mechanical engineer by education, Mr. Mahgoub acquired a wealth of post graduate education including a master’s degree in Logistics and other executive education programs in top universities such as Harvard University in Boston, MA, USA.